Support your Alma Mater by joining the Midpark Alumni Association

Our mission is to invest in the students of
Berea City School District
by enhancing educational opportunities.

The Education Foundation is a 501(c)(3) organization founded in 1996 by members of the communities served by Berea City School District. It was established with an anonymous $100,000 donation earmarked for scholarships. Founding members were Norma Andrisek, William Bornhauser, Nancy Braford, Mark Comstock, Joan Corrigan, Neal Hesche, Richard Kren, R. Terry Krivak, Jean Snow, Bernardine Spina and Eloise Tressel. Since its inception, the Foundation has awarded over $928,000 in scholarships, student grants, and staff grants. Thanks to the generosity of the BCSD community, alumni, friends, and supporting organizations, The Education Foundation continues to invest in our students.

Our mission is to invest in the students of the Berea City School District by enhancing educational opportunities. 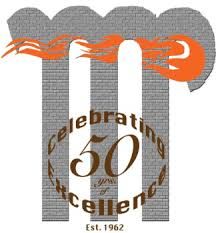 The estimated cost of the building was 3.3 million dollars.  It can accommodate up to 1,600 students with room to build additional classrooms that would accommodate 2,000 students.

Gerhard Deutschlander was the Principal  of both Midpark and Berea High Schools.  Frederick Judd was the Assistant Principal & became Principal in 1963-64 school year.

MHS athletic teams were known as the Meteors and competed in the Southwestern Conference.  The 1962 football team was a combination of  both high schools.  Midpark's first team was in 1963.

The schools Alma Mater lyrics was written by Jayne Southwick, class of 1965.

LINKS TO OUR PAGES